The Strongest Steel is Forged in the Hottest Fire: Casting a Career in Construction 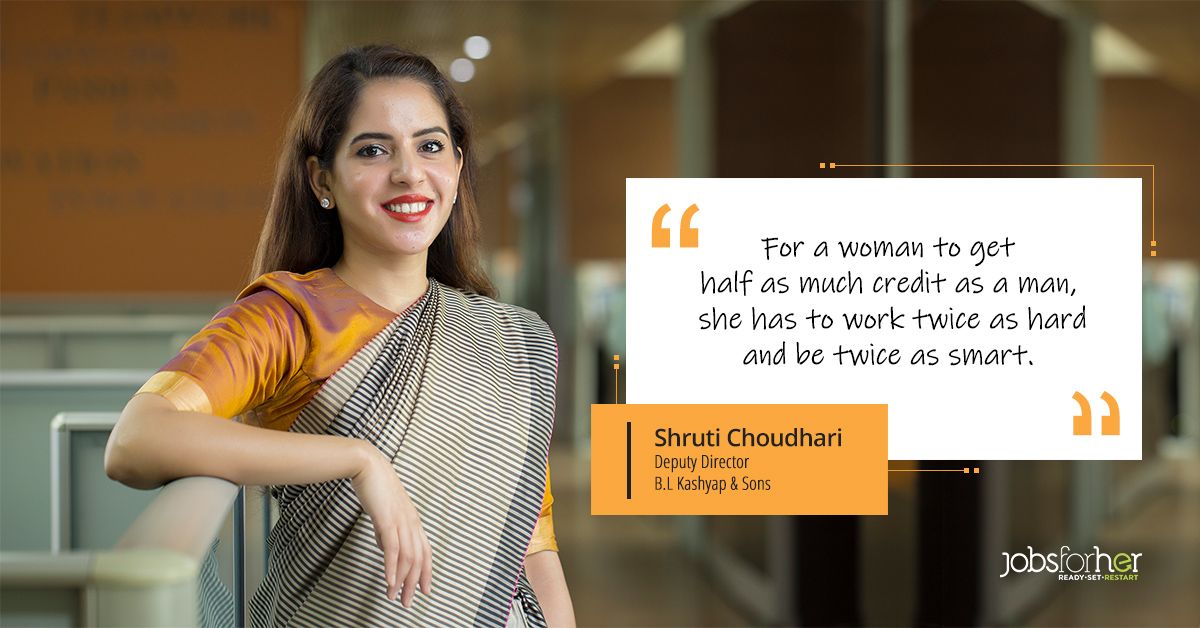 “Good afternoon Sir,” I looked around to find no male counterpart. Realising it was me being addressed as “Sir.” I smiled, answered with a greeting and moved on.

“Welcome to my world in CONSTRUCTION. Where gender diversity is not even a point of discussion on the table; because how do you bring up diversity in a place where exists only one gender, ‘Male’.”

Often we go to sites only to find just one washroom, that has “Gents Toilet” with a man in a hard hat on the door. The need to label it “Gents” even though it’s the sole one for all genders, encapsulates the mindset at most construction sites.

Most laugh it off, but at my position, I do ask,

“So where do the women go?” and I get back a pat “Sir, Same thing only, gents-ladies, Same only.”

The workers on site (the unskilled lot require serious skills in etiquette) will stare at you like you’re an anomaly while the younger not-so-broken-in lot may even whistle.

Why? Because you're a WOMAN.

If you were a man, you’d be easier to accept, easier to assimilate as “One of the gang,”

That is how deep-rooted gender bias in this industry is. I would actually say more than discrimination, it’s a habit based on past precedence and preconceived notions. Construction has always been a male bastion in not only India but world over. You will find very few women on sites or working in civil construction companies. It was never considered a career option (when women started asserting their choice to exercise options) for young engineers, architects or professionals. It was unfathomable, why a woman would want construction as a career option.

That thought process has carried on. Most women are subjected to it the day they have to choose their branch of specialisation in engineering. “Civil engineering is not meant for women,” they are told. “What will you do going on site?” “Do you think it’s safe?” are some of the questions thrown constantly at young women who choose this career by choice.

For me, it was never a matter of choice.

I was 12 years old when I started accompanying my father on his site visits. I fell in love with the sheer beauty of watching something build from the ground up, one slab after the other, reaching for the skies - the synergy of humans and machines. It was my dream to be a part of this company (B.L Kashyap). There’s simply, nowhere else I’d rather be.

But the path to realising your dream is seldom easy...

I started my first Real Estate Development Company at the age of 23 in 2003 called Akme Projects Limited, after completing my Architecture degree from the University of Minnesota, Minneapolis and Sushant School of Art & Architecture, New Delhi.

Throughout my journey as a full-time Director at Akme, in several instances,  I was deliberately made to realise that real estate was not the place for women. In fact, I had to bring in a senior male counterpart along in most meetings as clients would otherwise show less confidence in a woman-led company.

I was the only woman leading a real estate development company in Bangalore, back then, in 2003. Akme went on to become a multimillion-dollar business in a span of 4 years. We executed four successful residential projects in key locations of Bangalore before selling it off to an industrialist in 2007.

A short while later, we launched Soul Space Projects Limited - under the Listed B L Kashyap umbrella - a one-stop real estate development company, where everything is done in-house; we design, build and market our own properties.

Under Soul Space, my team and I worked on numerous shopping malls, various office spaces, and residential projects in Bangalore. We also set up malls and properties in Pune, Amritsar, Mohali, and Bikaner.

Real estate had been an enriching and exciting ride but it was time for me to get back to my true calling, construction.

And that’s when the real trial began:

I learned that my experience of running two successful companies, of leading diverse functions ranging from architecture and design to operations, marketing and construction execution was not enough to prove my worth. Everything - right from my skills and expertise to my designation and competence - was silently questioned.

Because I am a woman. Because I am the daughter of Mr. Vineet Kashyap, Managing Director, B L Kashyap & Sons Limited.

“To the outside world, it seems like everything has been handed down to me on a silver platter. But only I know that every day has been a struggle to be accepted by my male counterparts; to be recognised for my contributions.”

Today when some merit is seen in my contributions, I feel the winds of change are finally blowing towards the right direction.

For a woman to get half as much credit as a man, she has to work twice as hard and be twice as smart.  Fortunately, for us women, it isn't that difficult. We are used to being creative to find a way to get the job done and being silent when required and assertive when that’s the order of the day.

Today, as Deputy Director, B L Kashyap & Sons, I feel finally in control of where I’m going and confident that I will get there.

I truly believe and live by the words :

‘The Strongest Steel is forged in the Hottest fire’

We ARE THAT Strong Steel.

We, Women, need to stop being apologetic for who we are. Have you ever thought about the multiple jobs you do? Some of us along with being working women are mothers, wives, homemakers, daughter-in-laws and we constantly juggle these various roles always feeling guilty about not being the best in all we do.

“Stop being so hard on yourselves and start taking pride in all that you do. You don’t always have to have it all figured out, sometimes losing it is equally important to gain perspective and prioritise.”

To every woman who wants to find her place anywhere in the world, I’d like to say, never underestimate what you can achieve when you find the iron will within.

Don’t keep quiet and don’t be embarrassed to take credit if you have done a job well.

And lastly, you don’t have to fight every battle. Prioritise and fight the ones most relevant. There will be enough time when you arrive at your destination to take care of those smaller ones.

Most importantly, remember to smile, exhale, and enjoy the little things along the way.

This is the only life you have got to live.

Confidence Can Make a Difference in Your Decision Making 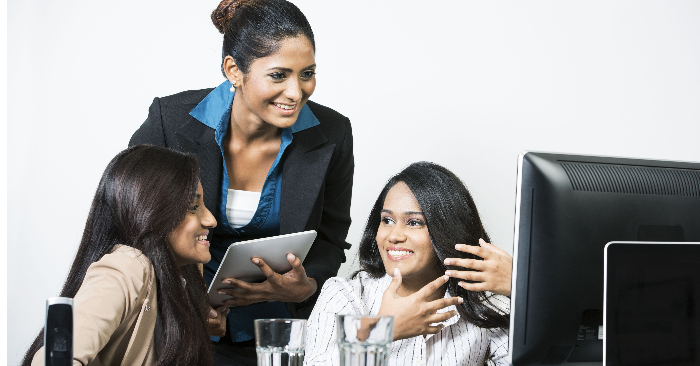 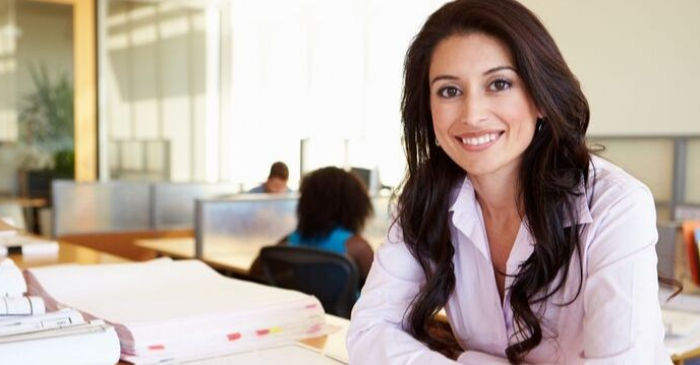 Upskilling Before Restarting Your Career Is Important: Sonali Sinha 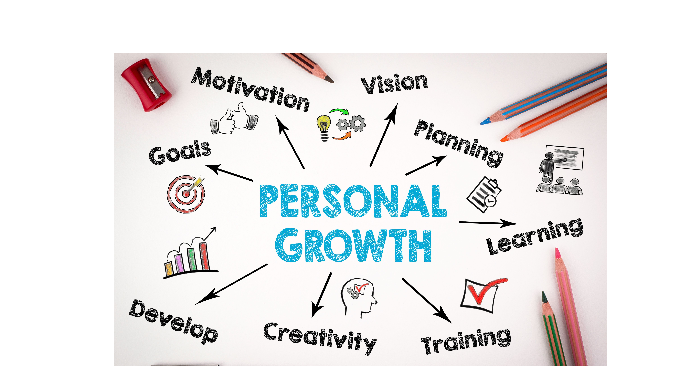 The What, Who and When of HerRising by Neha Bagaria